Hello and a happy new year to you all (yes, a bit late I know).

January started with me Zen Tubing down the Nile with Clara and Shannon. It was great fun sitting in a rubber ring then being thrown down the Nile rapids that were grade 3 and grade 4! For lunch we remained in our rubber rings, in the water drinking soda and eating a toasted sandwich taking in the beautiful view of the Nile.In the evening we went on a sunset cruise in a little wooden boat and stopped on a small island on the Nile and also went into a cave! It was a unique way to start 2014.

I then stayed at another volunteers project for a few days and spent a few days in Entebbe. The highlight of Entebbe was the zoo! I got to see so many animals and now officially love rhinos and giraffes. I also had a life time experience of being a monkey... (see below!) 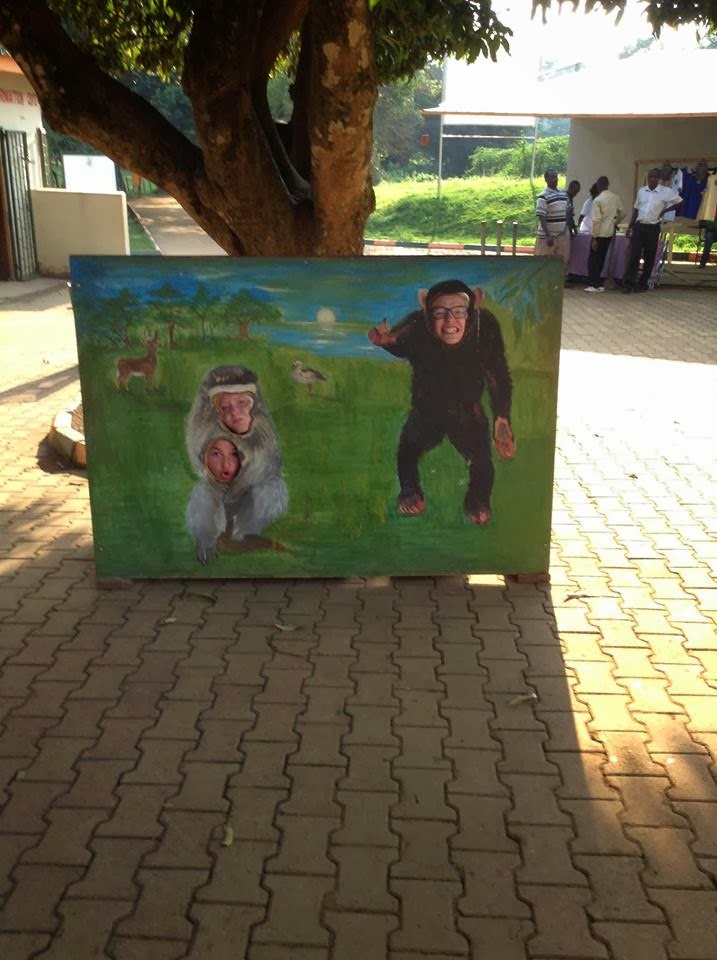 It was then time for me to travel back to my project in Kaihura to discover our door was broken. It looked like someone had tried to break in yet nothing was taken. It seemed it was up to me to fix it.After a good while staring at the door wondering what I could do to fix it I figured that I needed to carve a new groove into the wall opposite to make room for the broken bolt. Using my trusty penknife I achieved making a suitable alteration to the door meaning we can now shut and lock the door securely.

Another thing that was broken was out waterpipe. It had been slashed in two quite severely. Water is a luxury that I did not ask for but was given. It is however, something that I greatly appreciate as it is very nice being able to have a shower when it is very hot.
So now it was my turn to experience an even more basic style of living which involves collecting water from a tap, washing dishes with water from a bottle, long drops and bucket showers all of which I have experienced many times before at other peoples projects , yet having it at my own project took a little while to get used too. I was fine with it but having a tap in the house that you turn on out of habit and no water comes out did get a bit frustrating!!! Also the other girls in the house were not enjoying having no water. We were told that someone would come and fix it for us but in reality, this is Uganda. People are not very good at turning up when they say they will.
The annoying thing was that if I was in England I would be able to fix this pipe. I could just go into my dads workshop, find some piping and secure it with two jubilee clips... However I have not found either of those here. I spent a while thinking of alternative ways that I would be able to fix this pipe. A few ideas sprung to mind but I knew that they would not be strong enough.

And that's when I saw it... A scrap piece of bamboo. I sat by the pipe and broke off the correct length of bamboo that thankfully was the correct width. Jodie came out of the house and saw me sitting there, bamboo in hand intensely staring at the broken pipe and knew I was on to something.

Minutes later i had fixed the pipe, bamboo slotted inbetween two parts of the broken pipe then tightly secured with gaffatape. The water tank tap was turned on and I ran inside to a tap that now had running water flowing out of it! Honestly, I think the sound of running water is the most beautiful sound I have ever heard! Jodie and I ran around the house screaming with happiness! It was a proud moment! It then seemed that the tap did not like the water and it was leaking everywhere - so I fixed that too.

The same day 6 of the girls came back to our house after being on a road trip. They were covered in dust!! They had all complained about having no running water so I was a bit put out when I did not receive one single thank you from any of them as they ran off for their showers... Oh well. Maybe my handy skills and thinking outside of the box will one day be appreciated elsewhere!

So for one glorious day we had running water only for it to then suddenly stop. I went to check my pipe alteration - all was fine so I had no idea why the water had stopped and quite honestly I was not feeling too keen to make an effort to find out as I was still a bit annoyed my helpfulness had been ignored. I figured the water had stopped due to bad karma. ;-)
A friend came to look at it and it turns out someone in the village had not paid a water bill (think it was the boarding school) so the whole water system had been switched off. I really don't mind. It's the basic type of project I had signed up for but had not been given so I'm appreciating the new challenges. I do miss a good cold shower but otherwise I have no complaints. It is more difficult to keep our house clean as everything gets so dusty  but we are all still managing to keep it clean. I imagine the water will probably be back on when Term begins and the boarding students are back.
Anyway, I have enjoyed fixing things around the house. I wonder what will break next?!

In other news... Our cat (who I have disliked since week 1. The past volunteers had it) had 4 kittens just before Christmas. The other girls I live with like them and say they are going to keep them. So we are now 4 girls, 5 cats and oh wait - 2 dogs..................
Trust me, I admire the girls for being so animal loving, especially to the two dogs that were found in a ditch but me personally... I'm not feeling so generous, sorry. I don't like cats; they break into our food cupboard and destroy the bread and the dogs are only temporary but i'm now covered in flea bites... So that's life at home.

Life elsewhere in Kaihura is good. I've spent time with the babies and toddlers. In England I do not know any young children on babies so being here was the first time I ever held a child. So for me it has been fascinating and heartwarming to see them all growing up so much in the past (nearly 5) months. Some have started talking and Mark-Duncan took his first steps the other day!!

I know I'm not meant to have a favourite but Mercy is the first child that I made a strong connection with back in September and I'm thrilled to say that she is being adopted! The process is complicated but if all goes to plan she should be moving to America in a few months. I will miss her so much but her new parents are in Kaihura and I couldn't have wished for two more lovelier people to be her parents. I know that she is going to receive so much love and have a wonderful life and I hope to keep in touch with her.

As it is 2014 it is time to start up a Secondary Project. I have spoken to my friend Ruth who works for the Bringing Hope Village Art and she was very happy when i asked her if I could start something there. So I will be helping at the craft shop making products to sell and generate money for Bringing Hope which supports many things including Home Again orphanage. I'm going to start by making gift cards as they do not sell them there then I shall go from there and see what crafts I can learns and make with the girls in the workshop. It is exciting for me to be able to start doing art again as I have really missed it. In my own time I have also started doing my own artwork so I can go to Manchester with some work to show for my year here.

Village Art will be my "official" Secondary Project but I hope I can find time to do art with the children at Home Again too. Then of course I shall be carrying on painting wherever Justuce wants me to around Home Again.

I start teaching again on the 3rd February and I will admit I am rather nervous about teaching again. I'm used to going back to school as the pupil. Not the teacher! On the 13th February it is my birthday so I will be spending it teaching then probably at Home Again. It will be an odd day I think!

Also good news - I am in Kampala now as I was so fed up of my camera being broken I decided to do something about it an d it is now repaired!!! I can start doing photography again <3

Hope all is good in the UK etc etc :)

Posted by Unknown at 1:27 pm No comments:

These are the photos from Christmas Day. 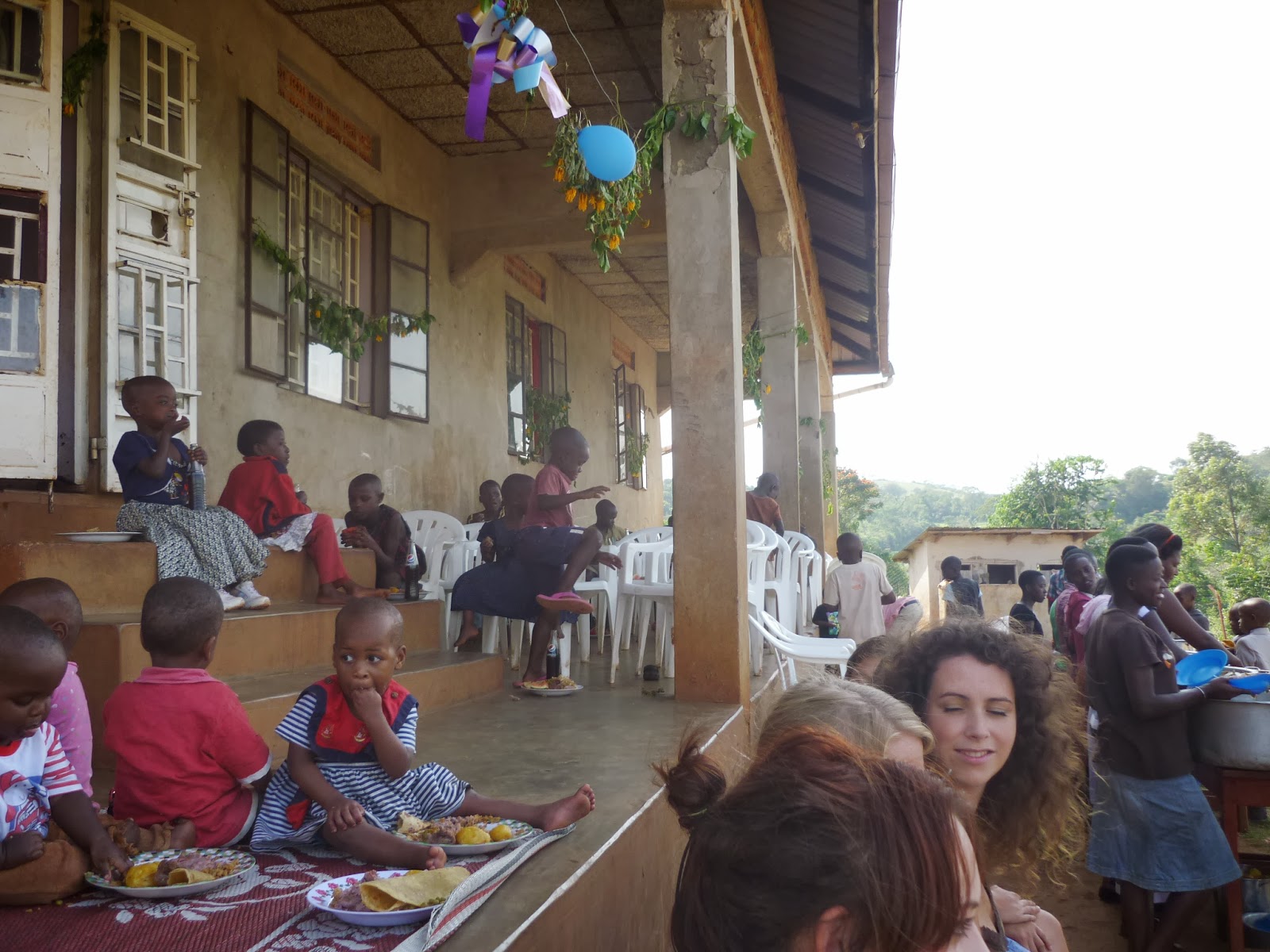 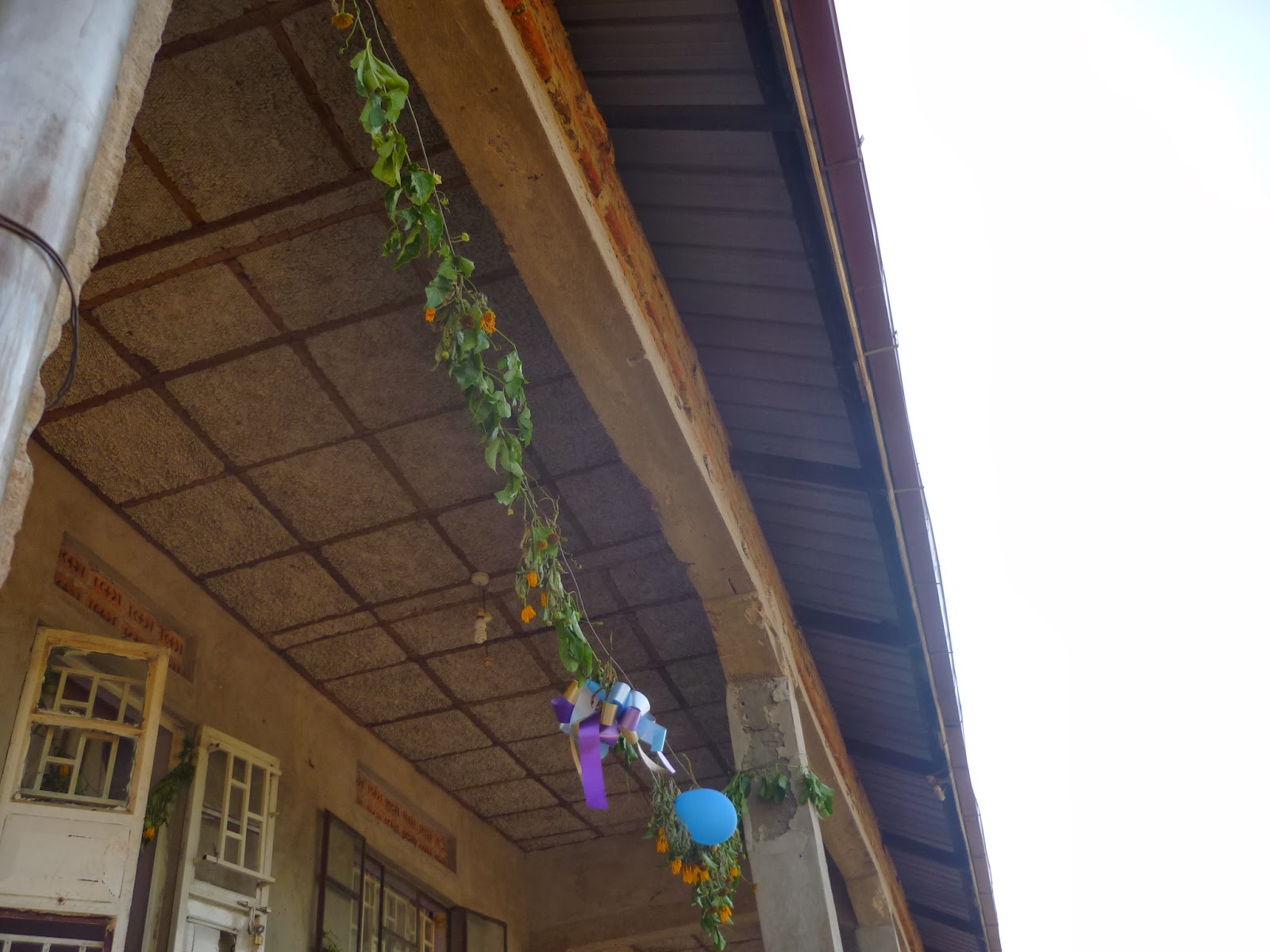 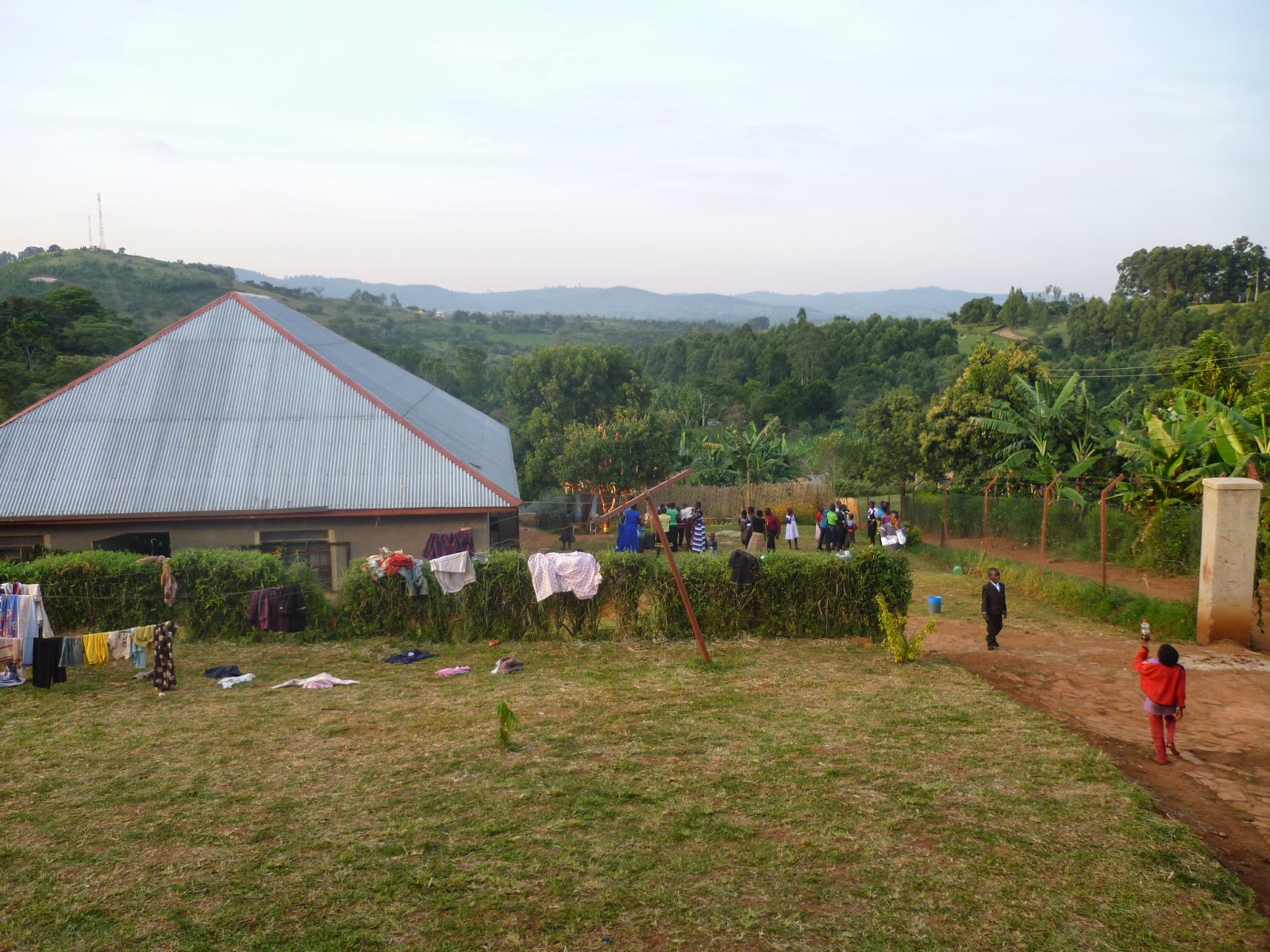 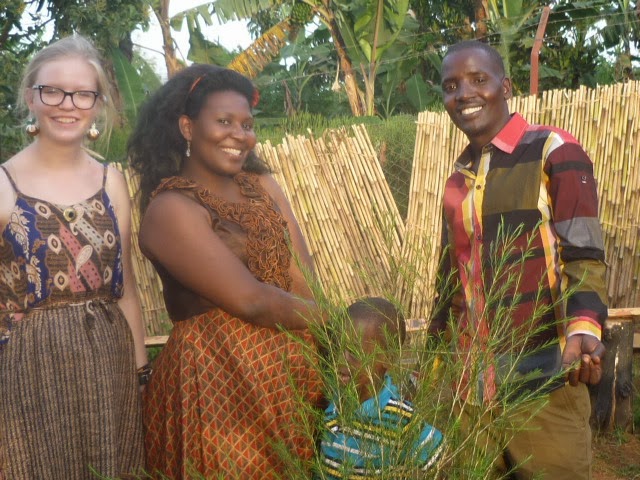 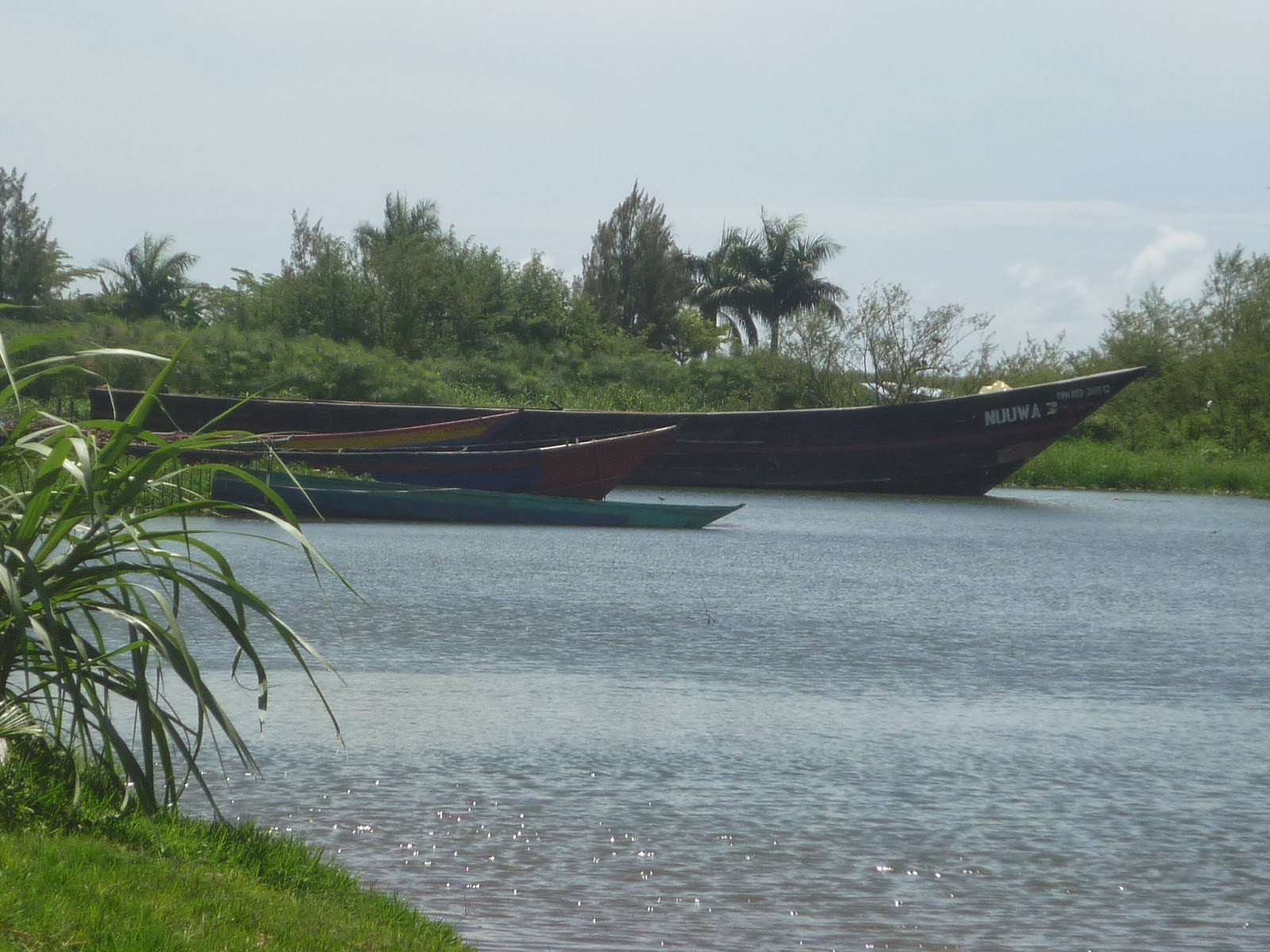 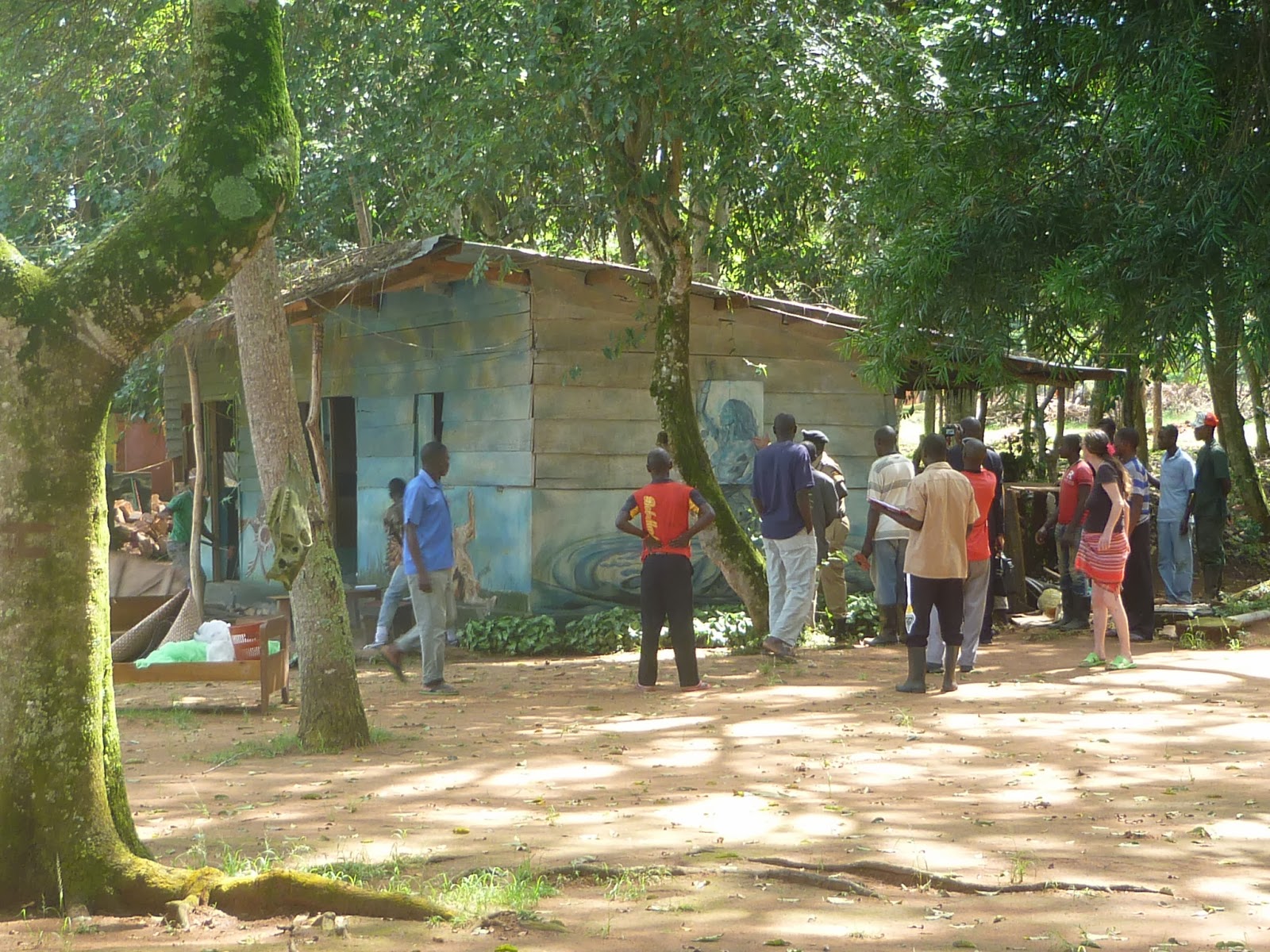 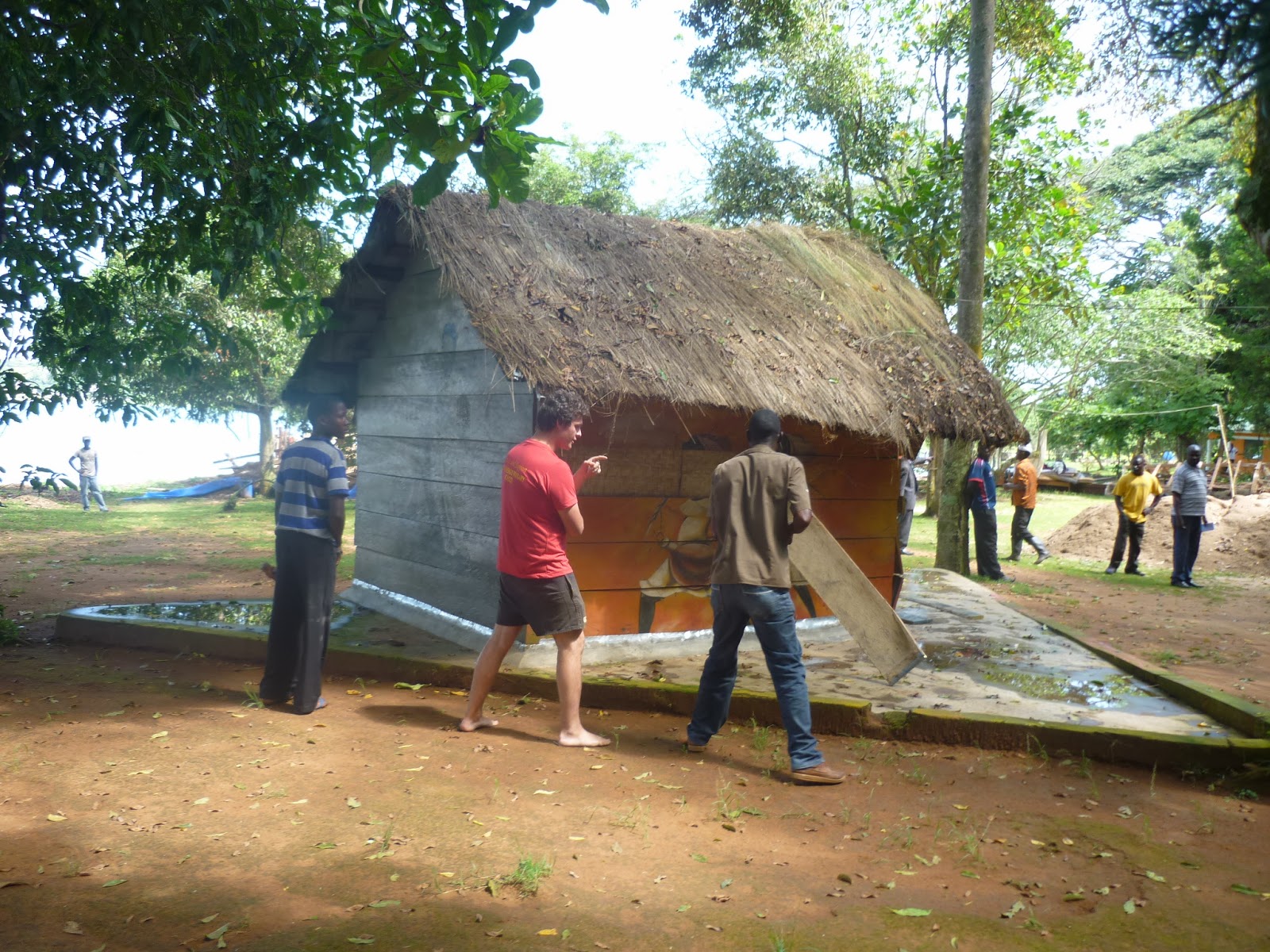 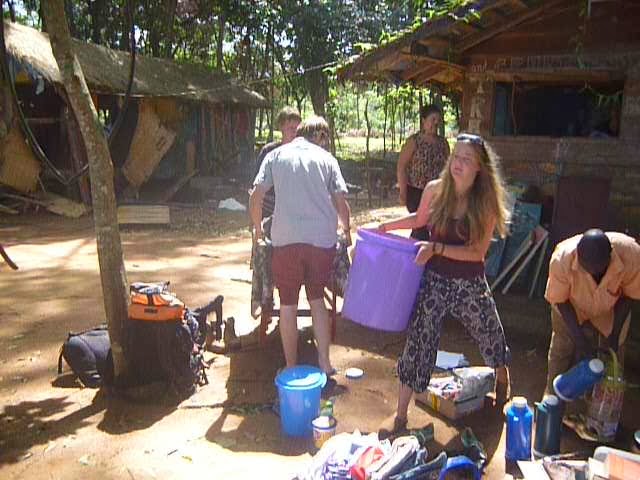 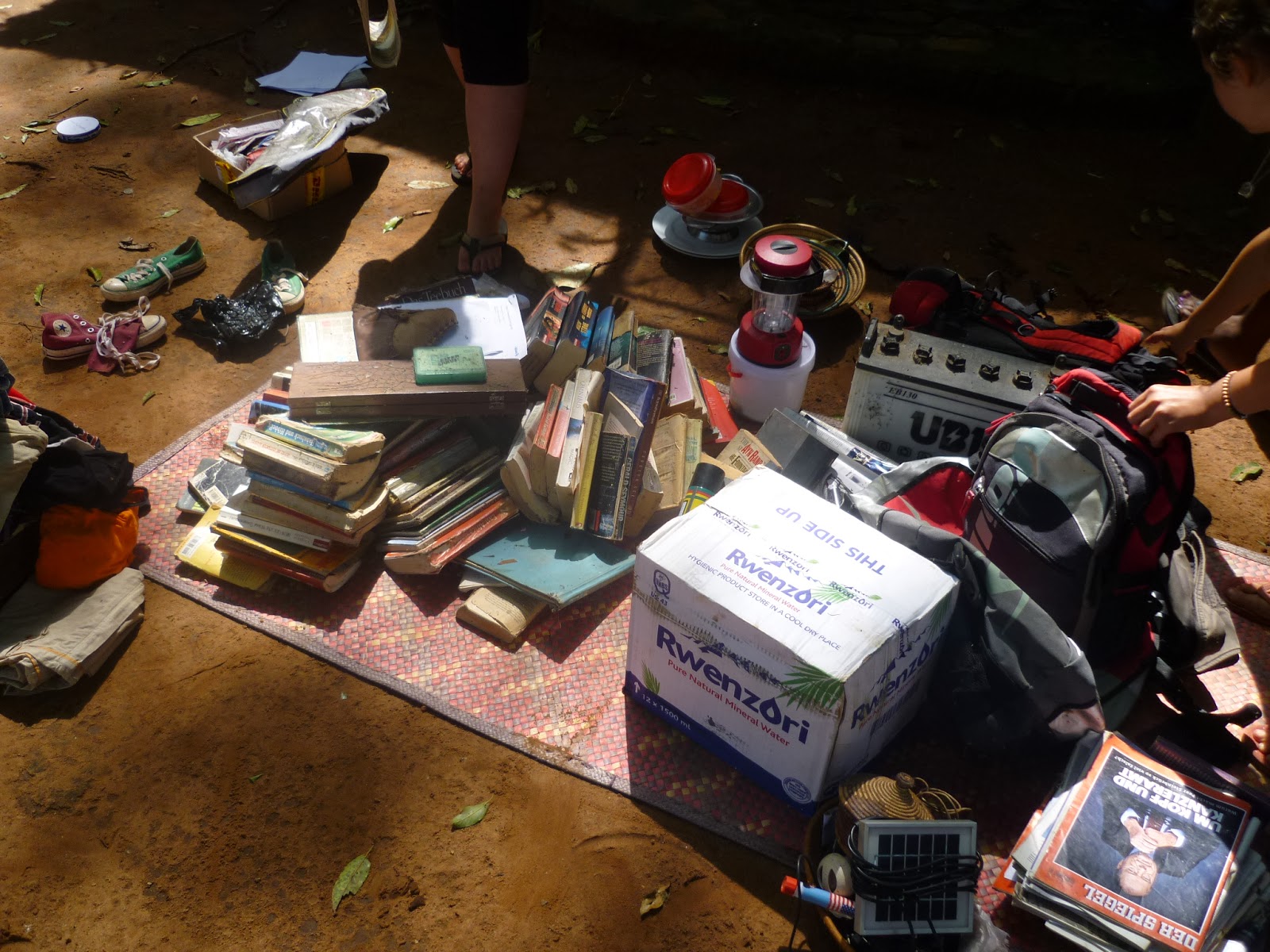 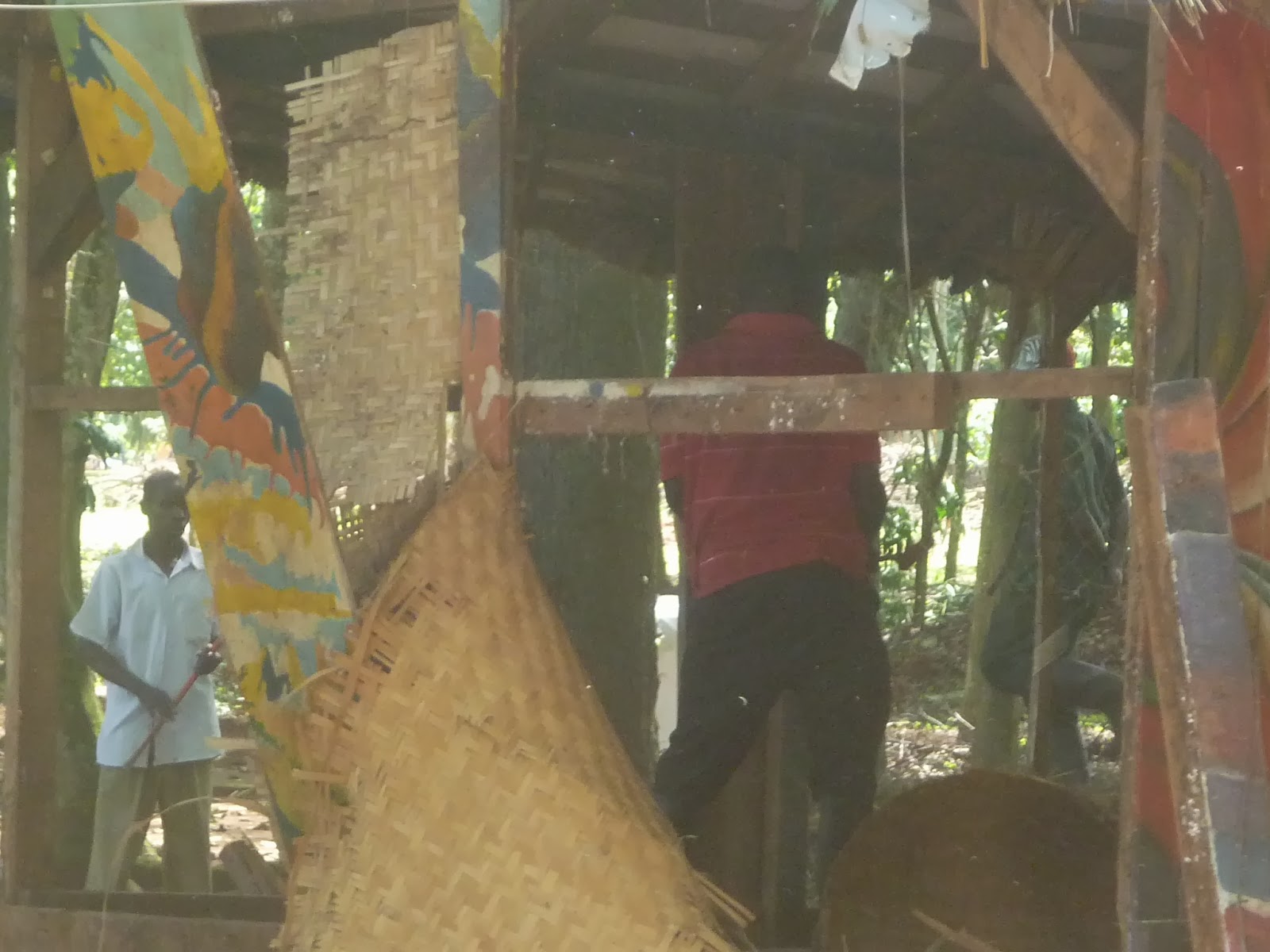 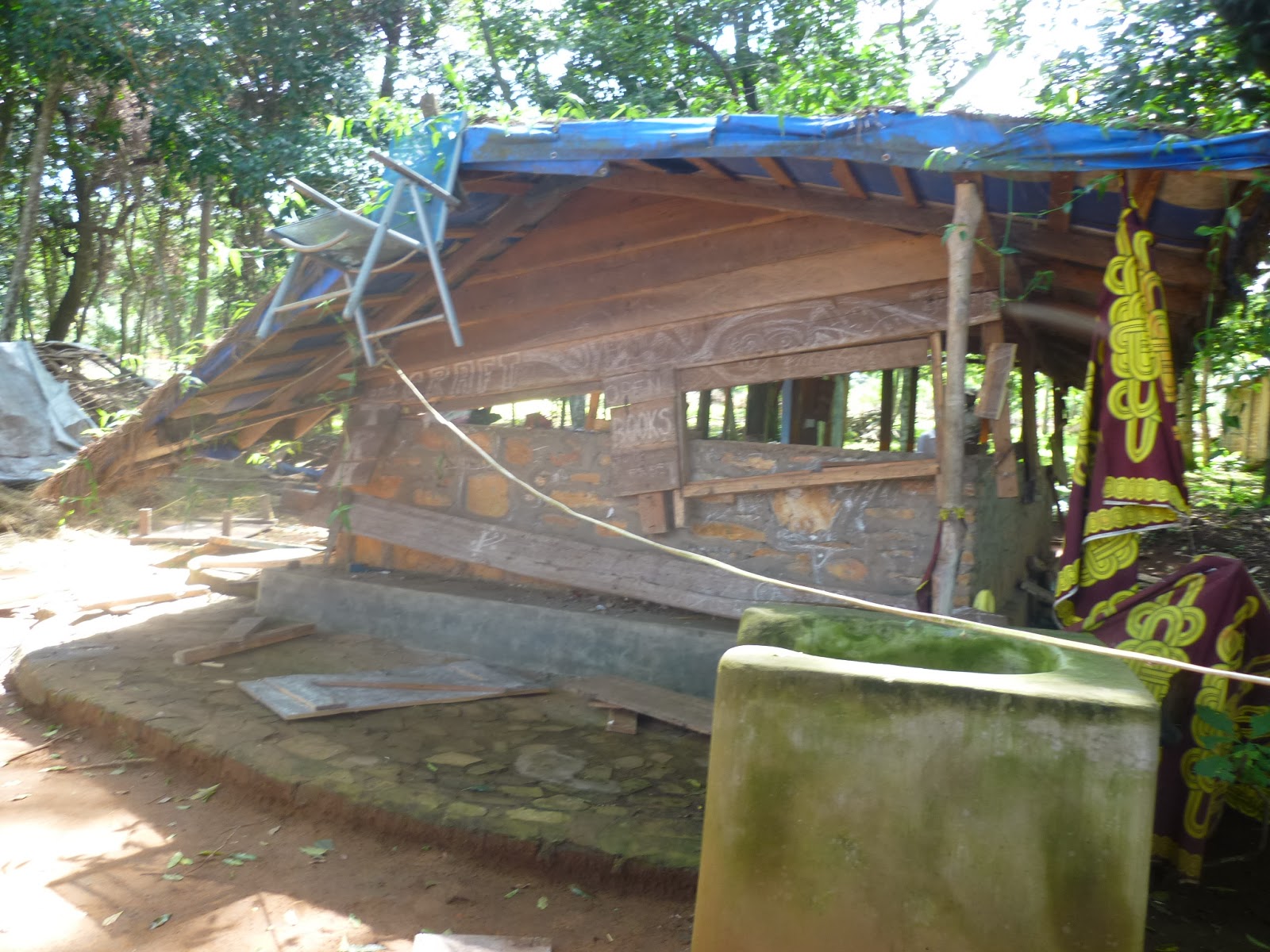 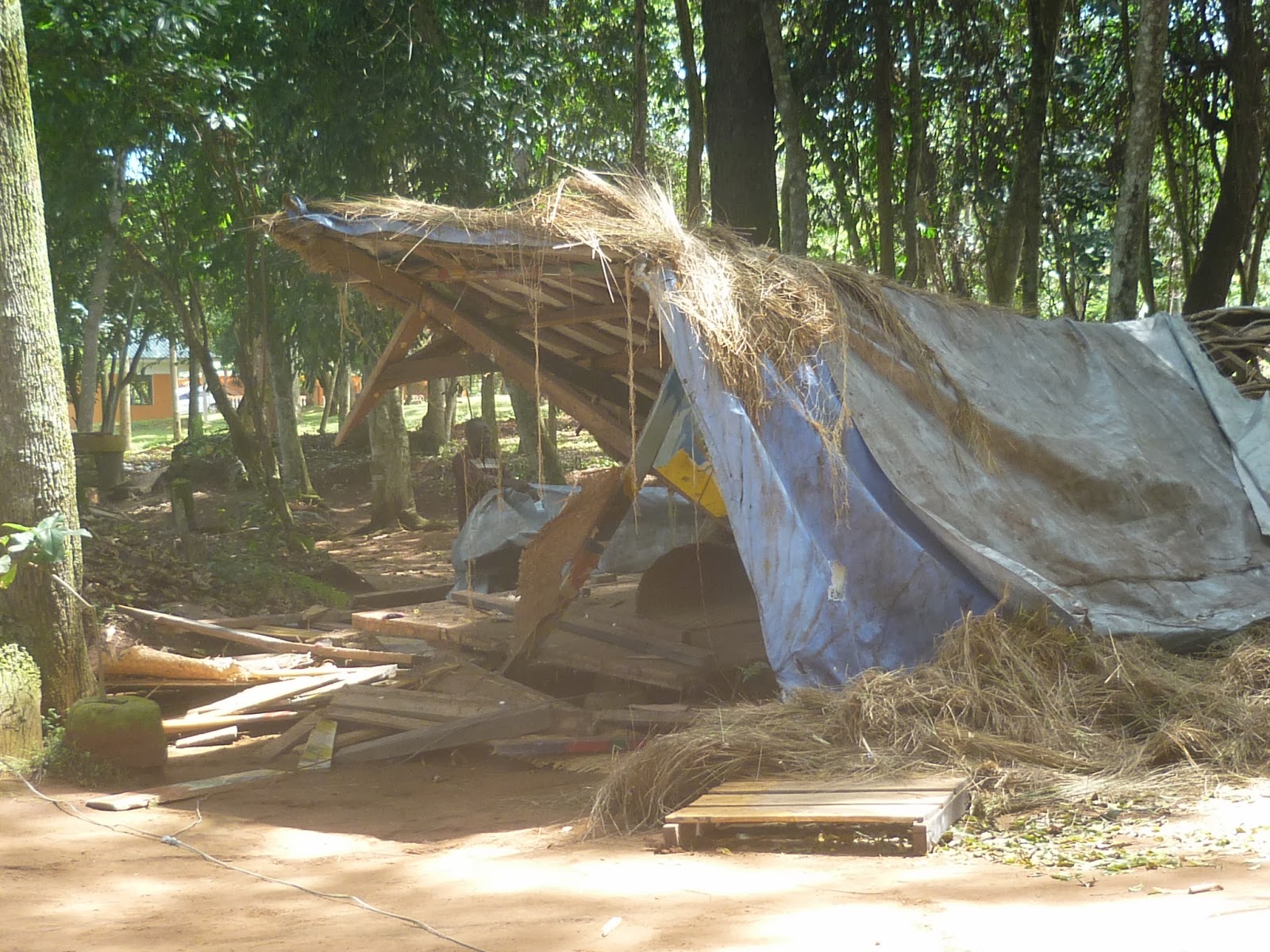 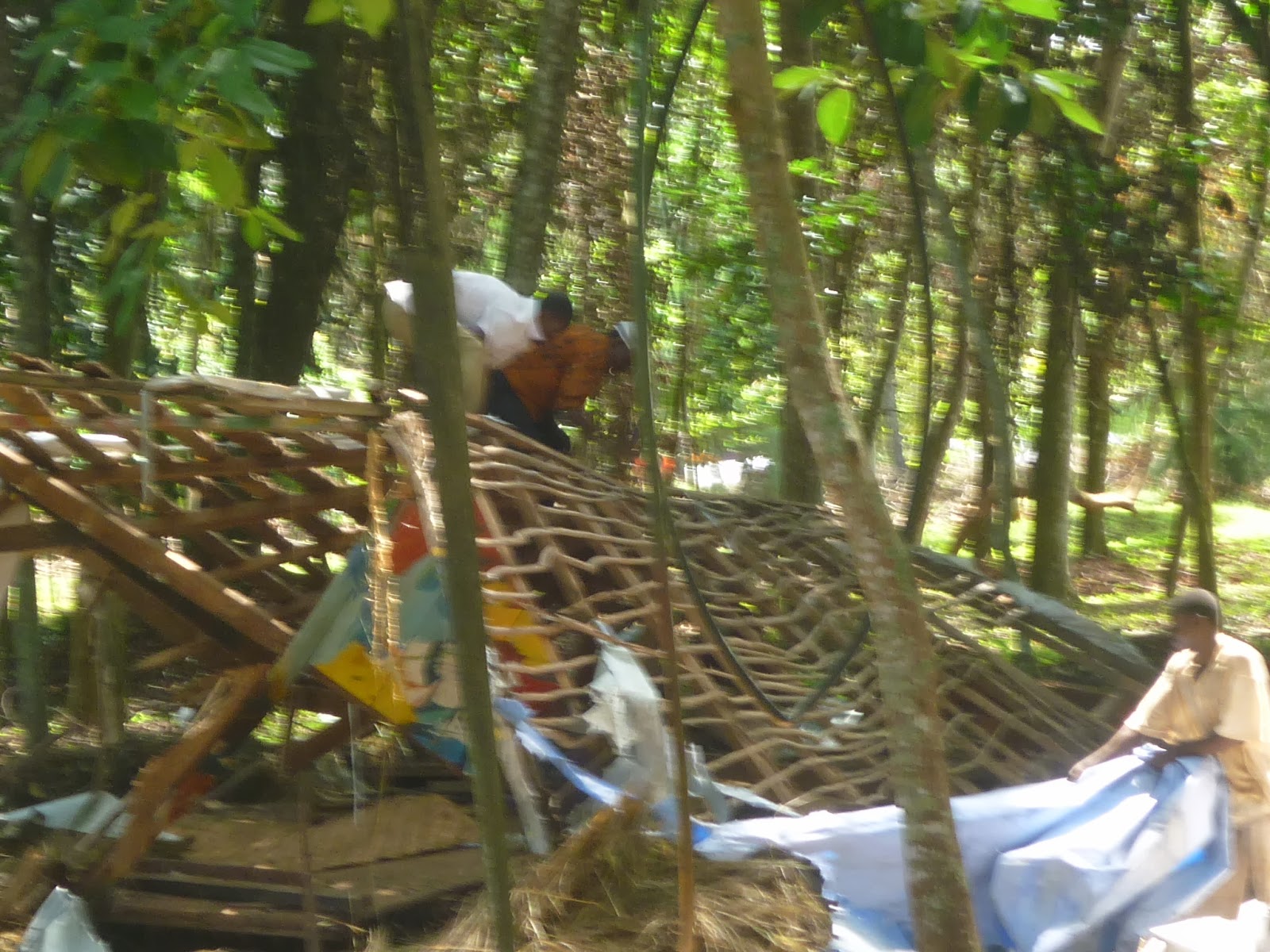 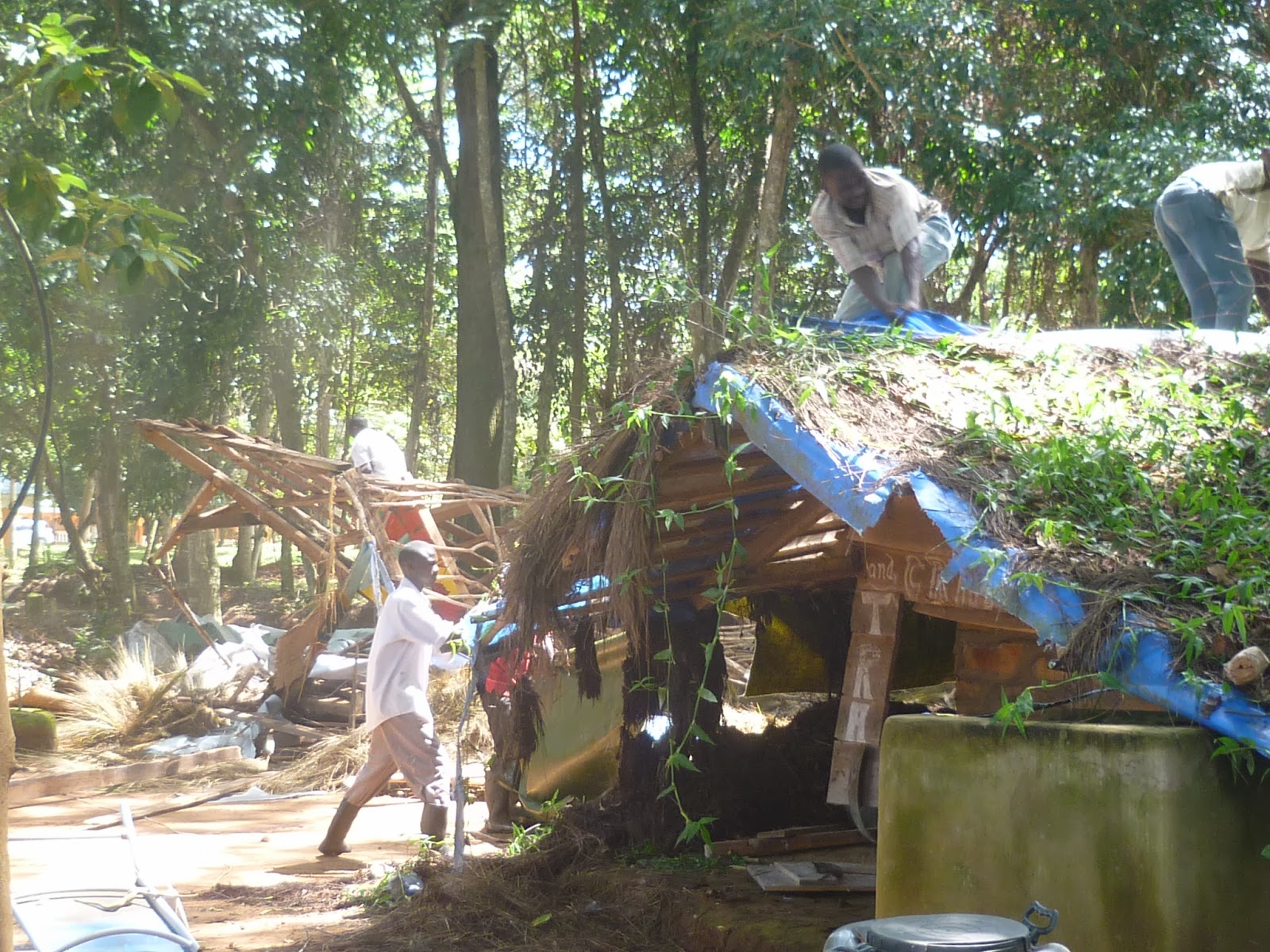 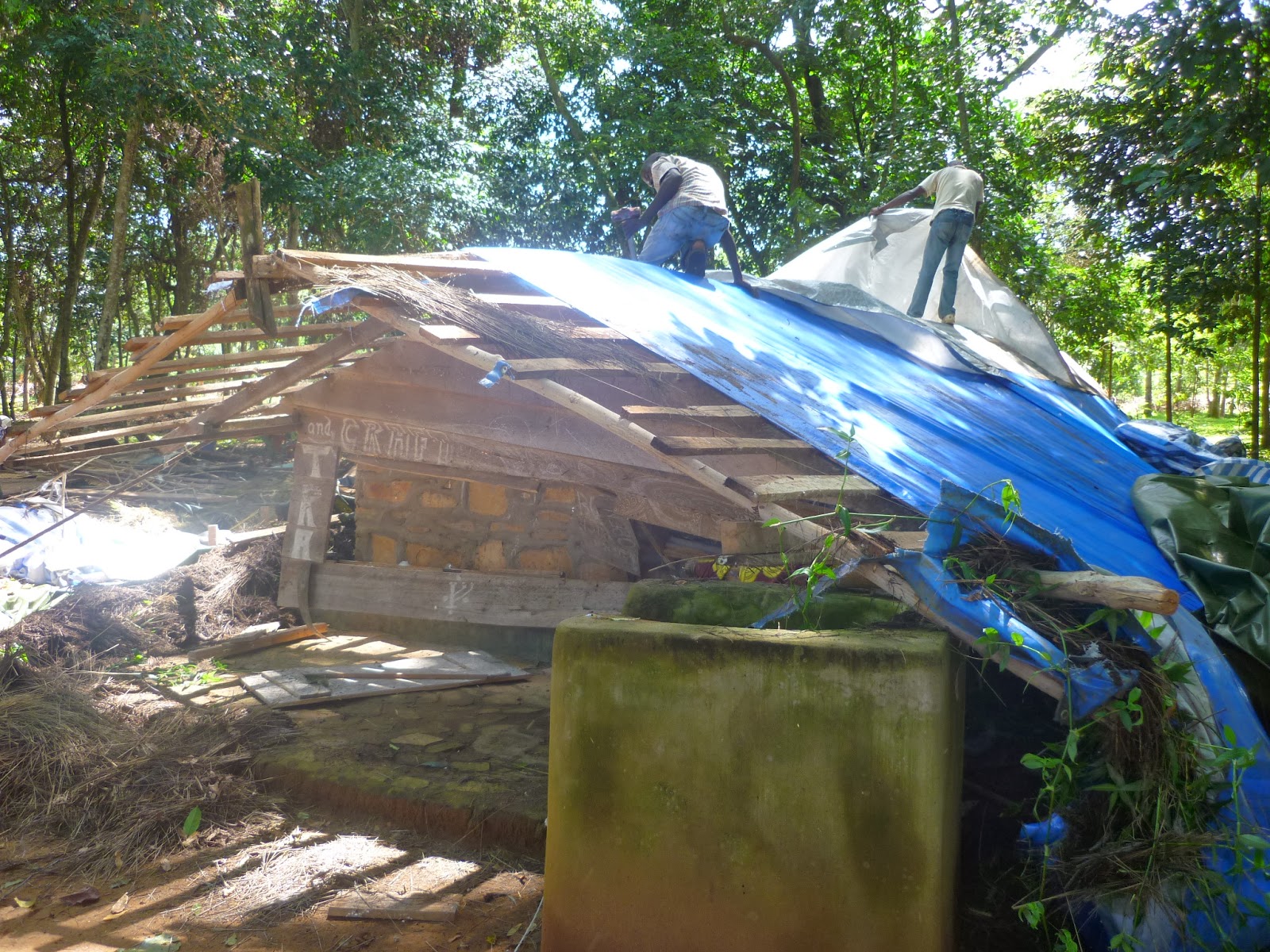 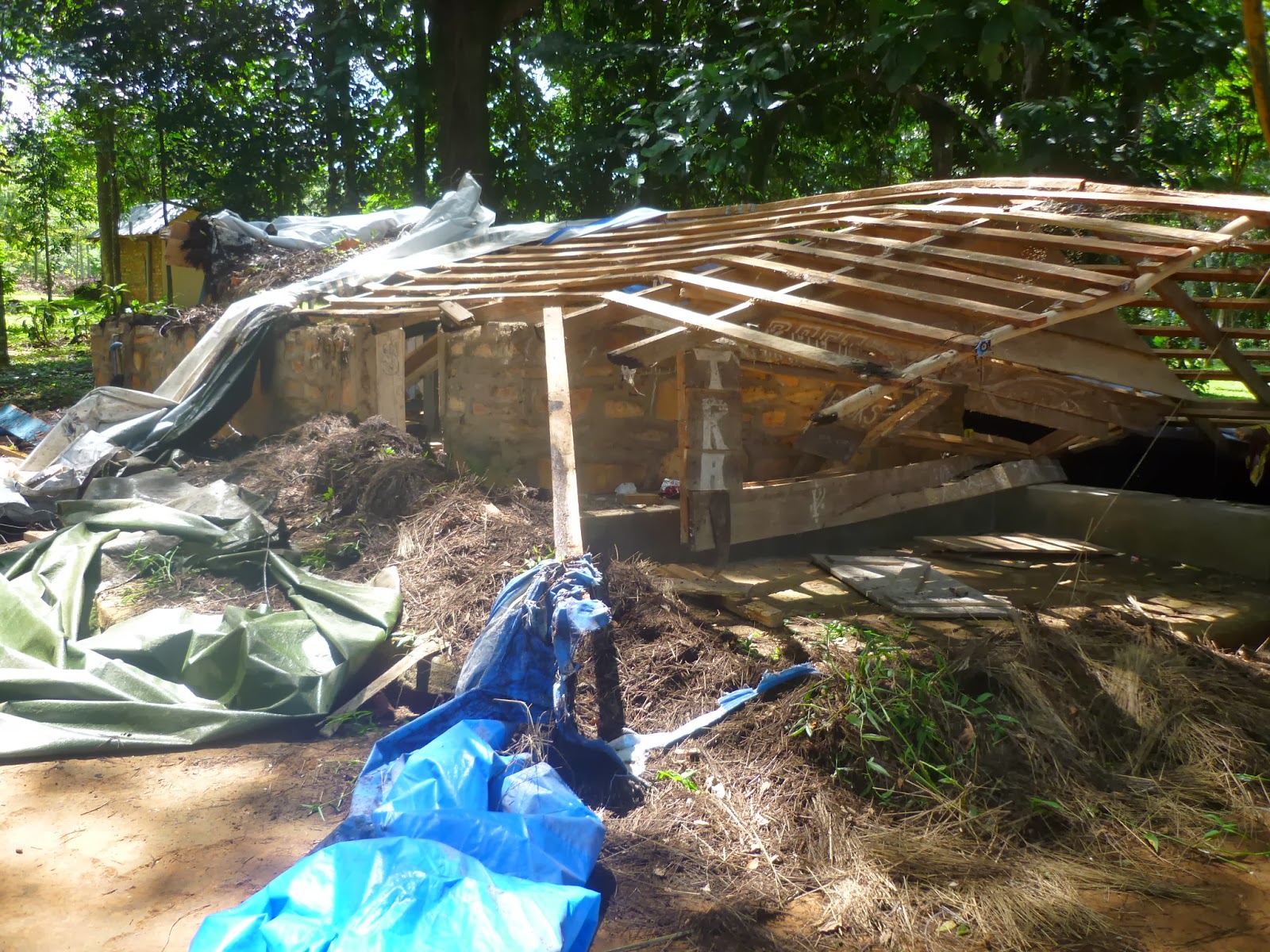 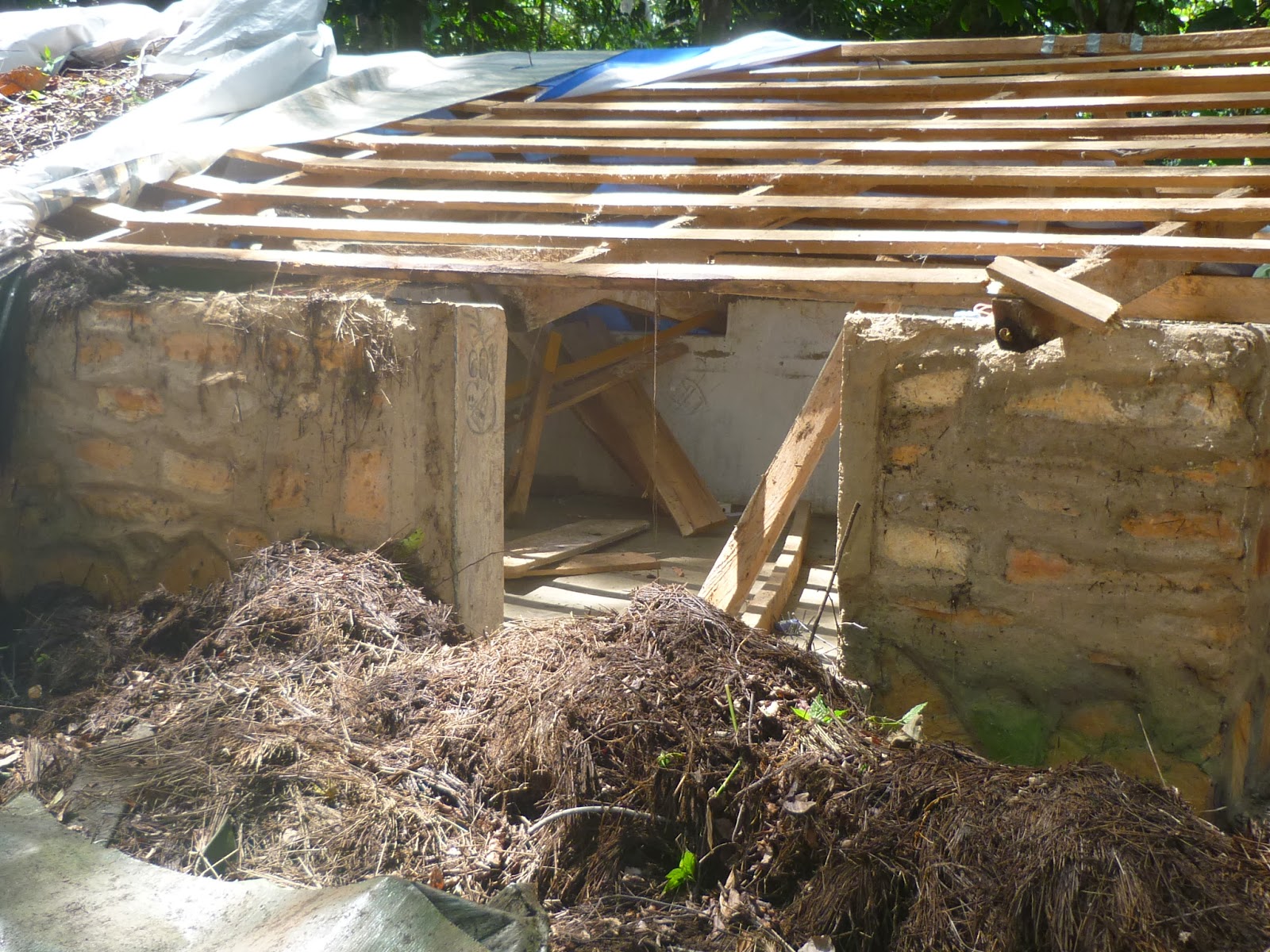 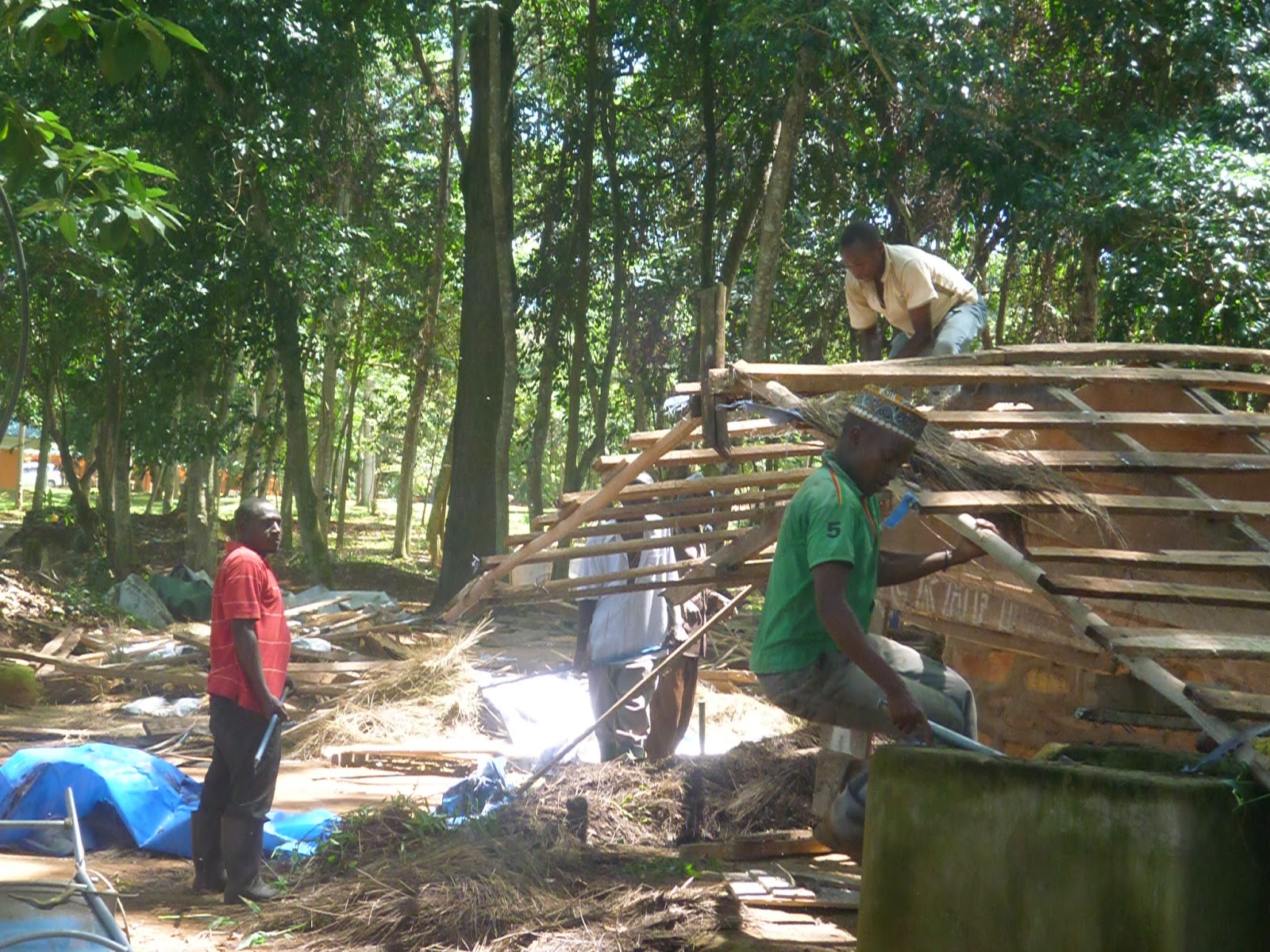 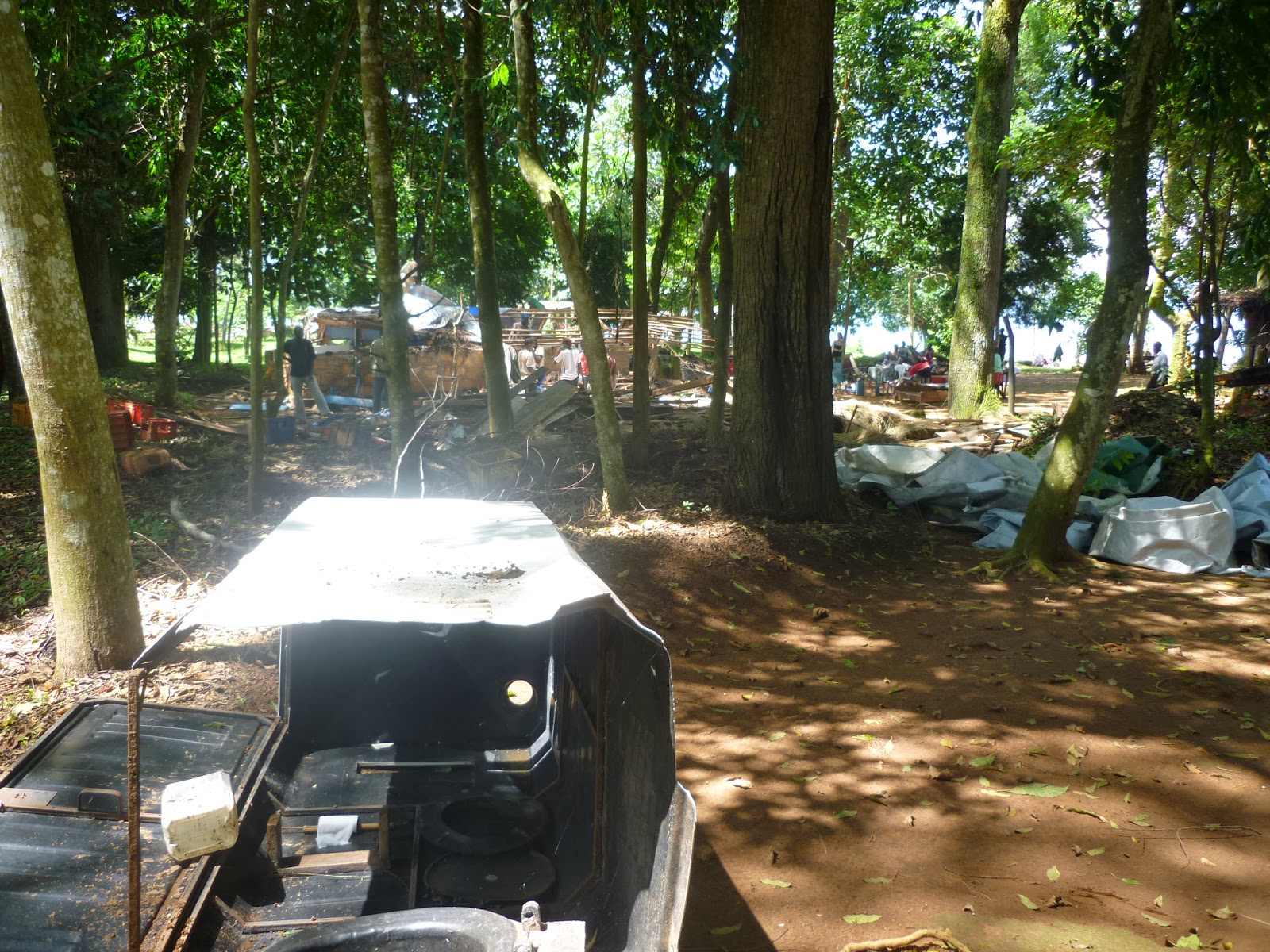 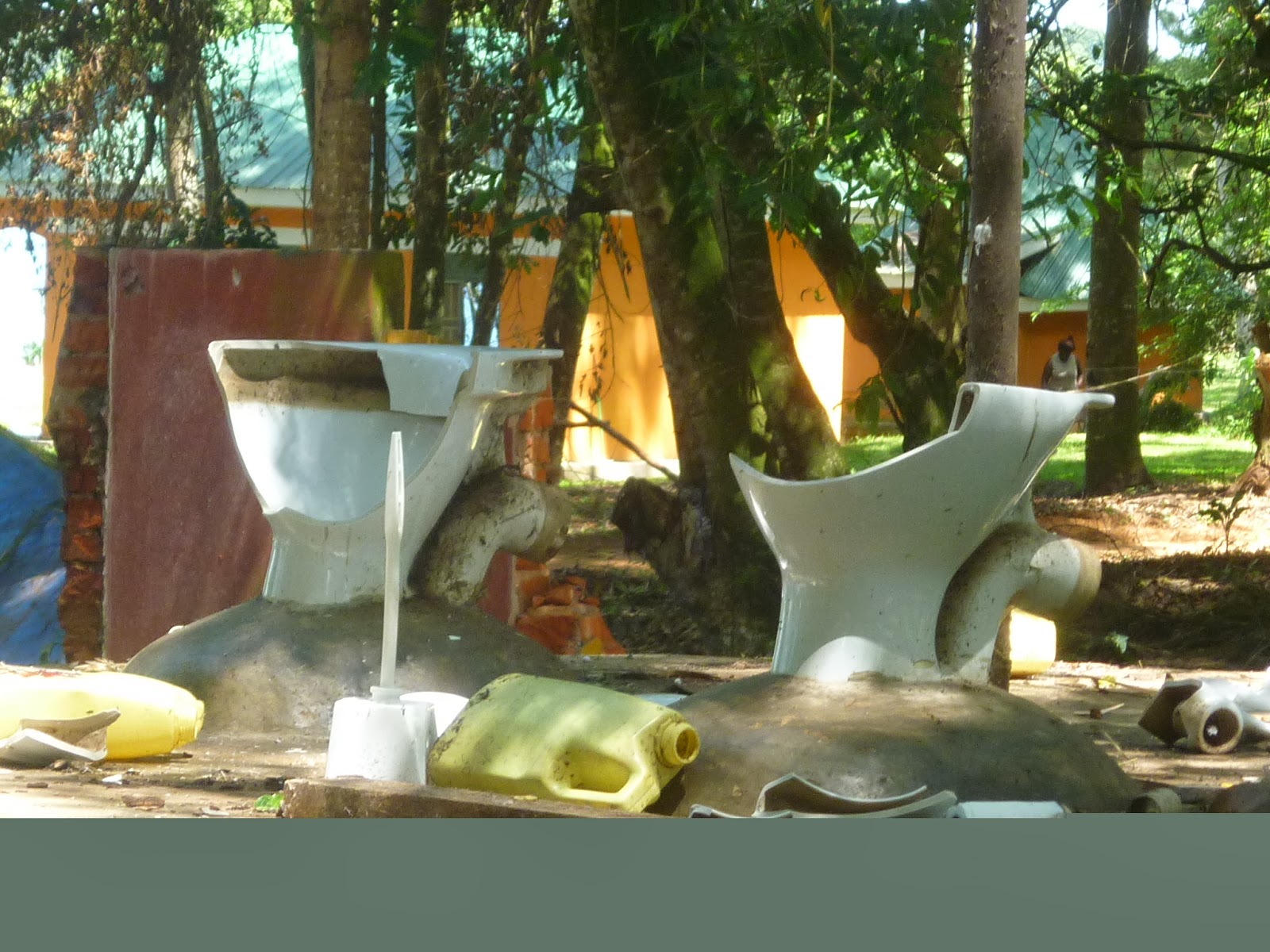 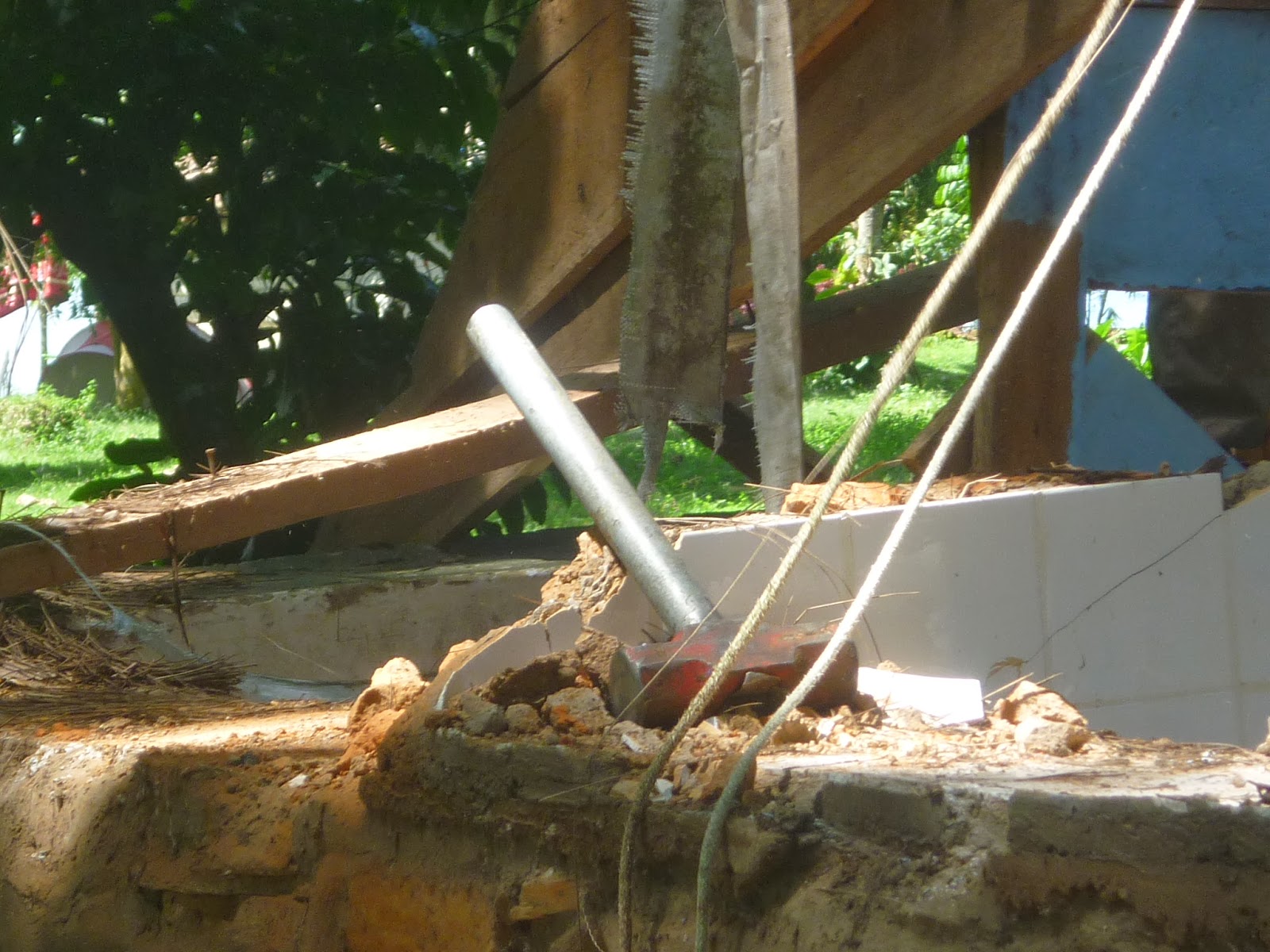 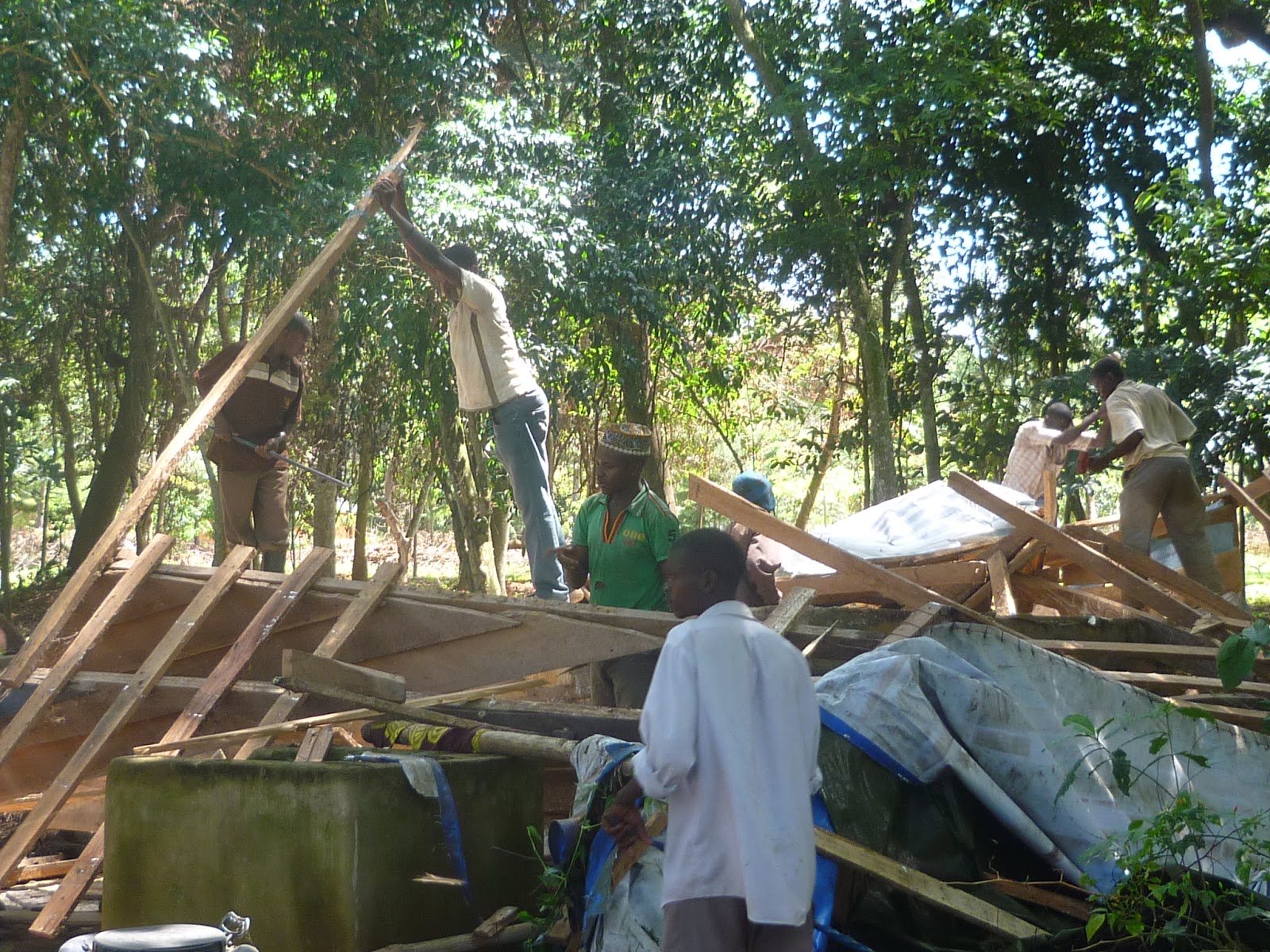 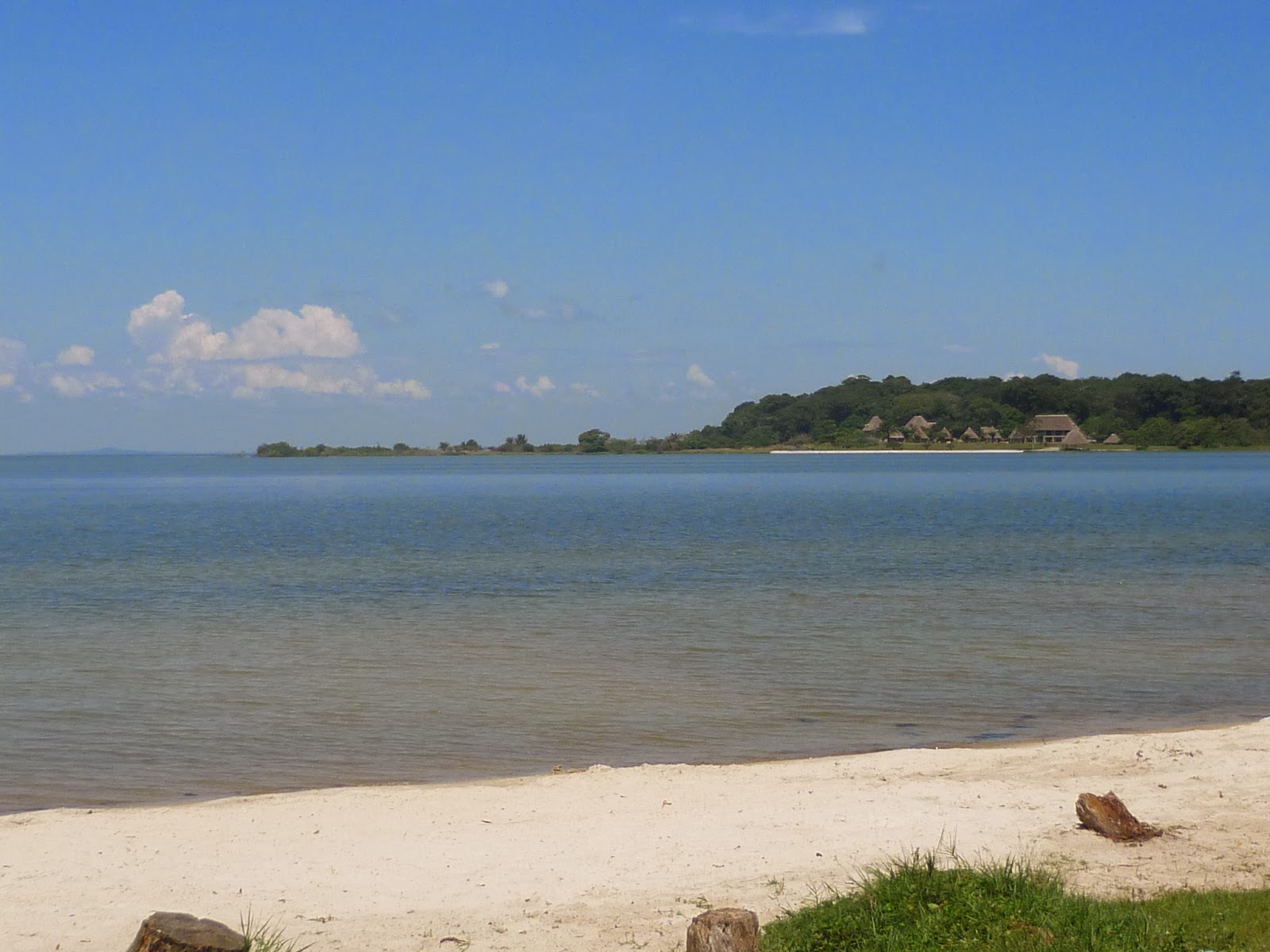 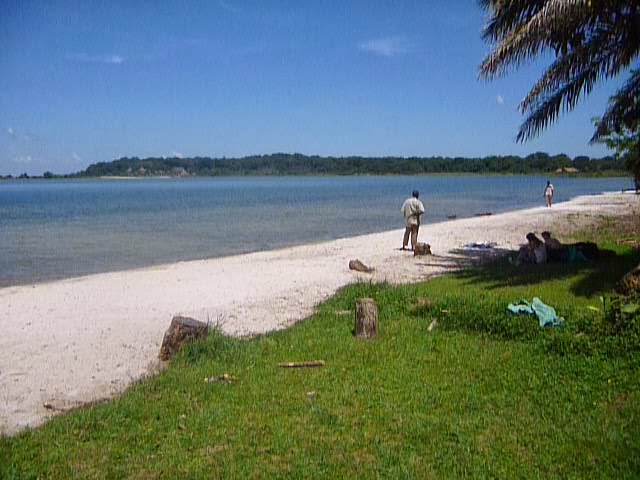 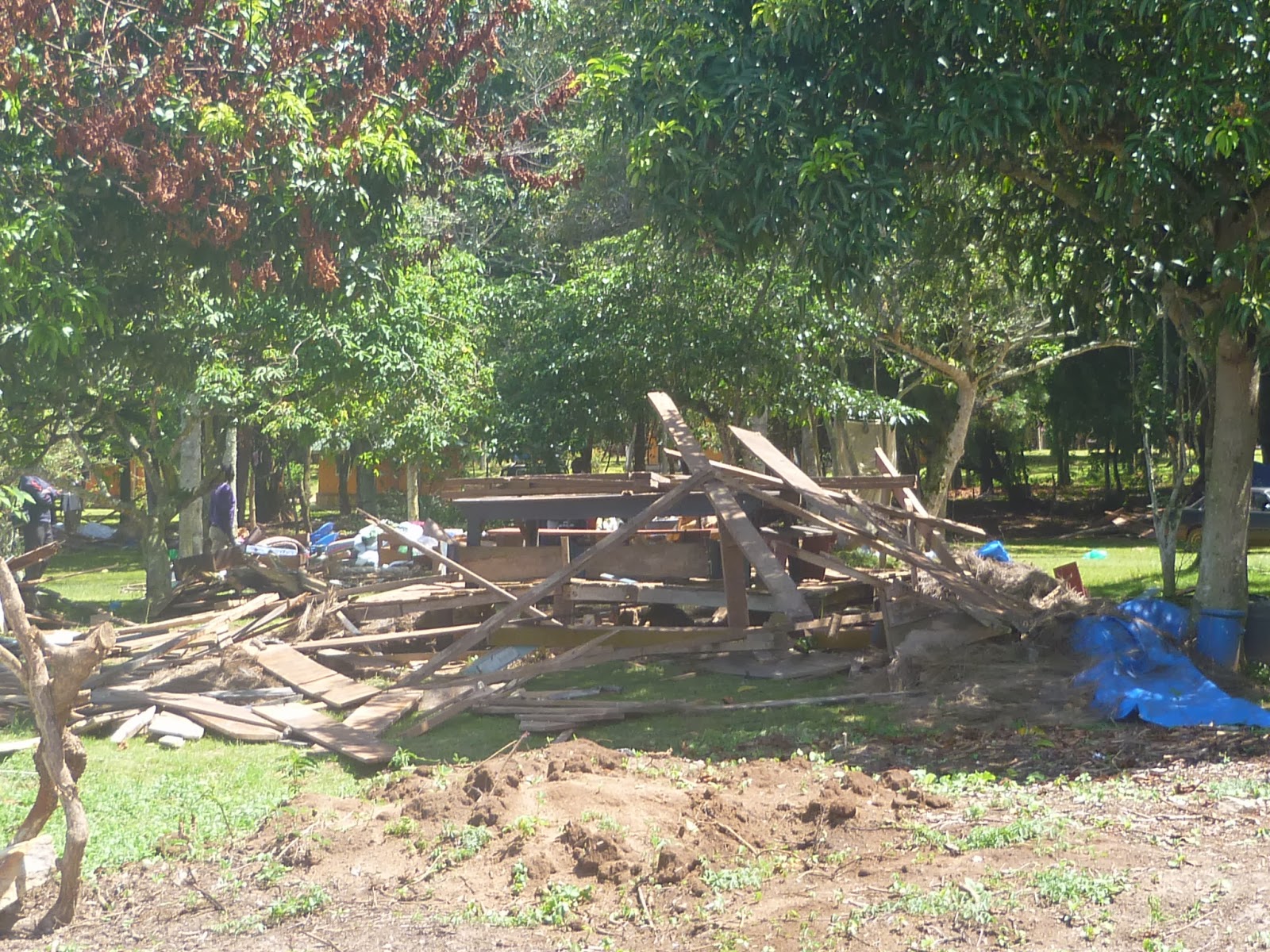 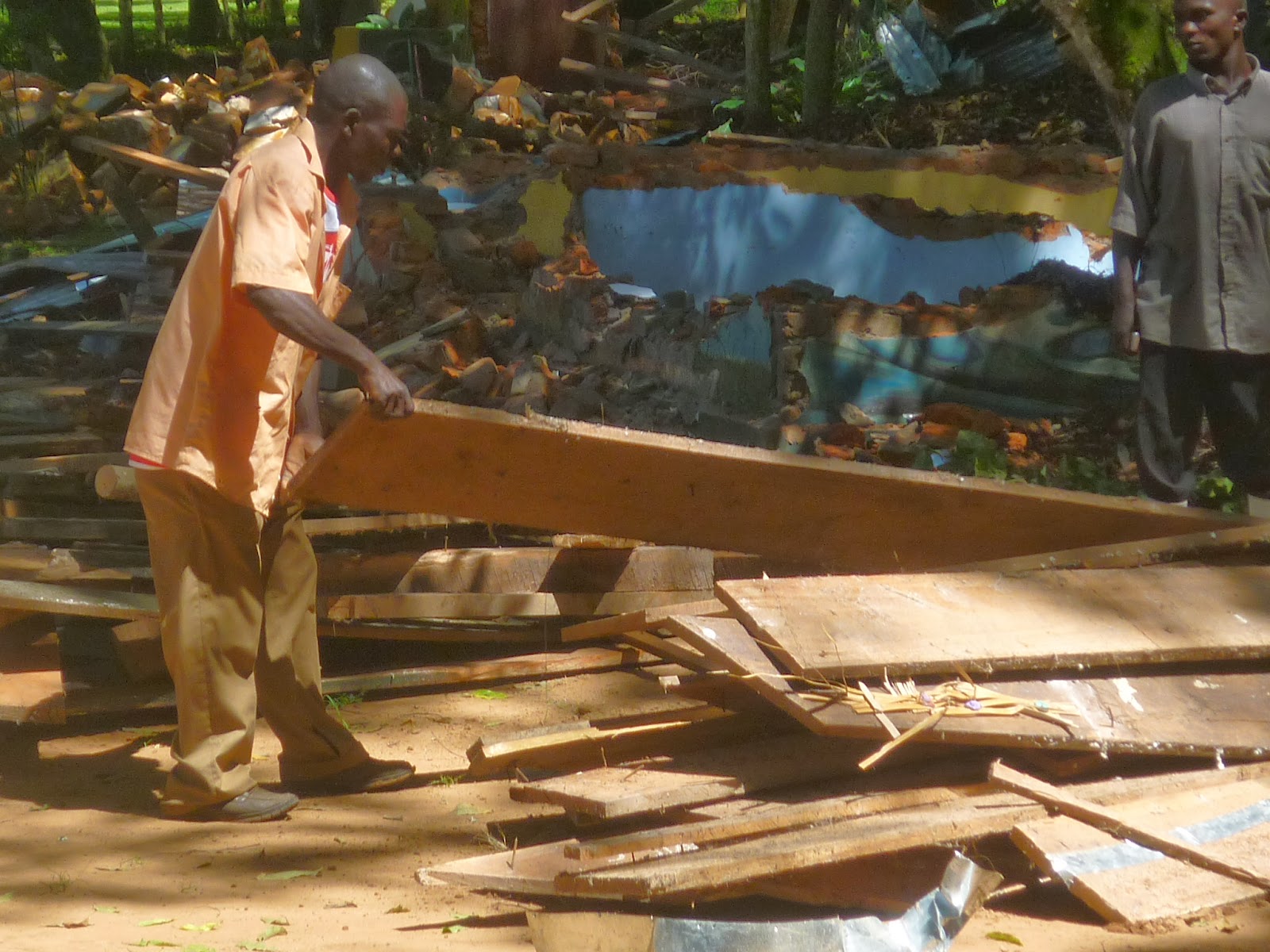 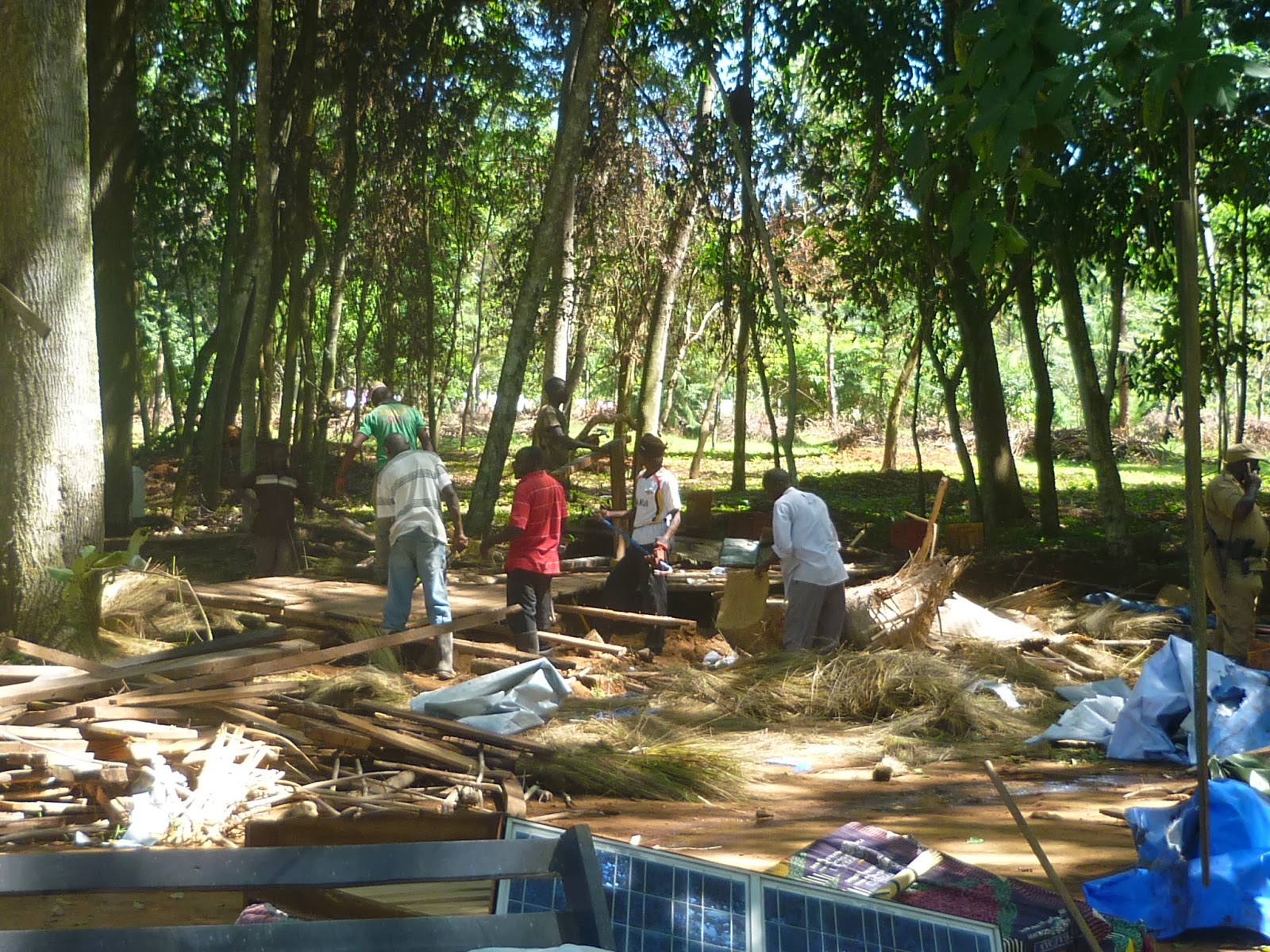 Hello all! Just a quick note to say all is well and I was very surprised to realise that I have nearly completed 5 months here! Where has January gone?! Power has been out so internet has been so hard to access however I hope soon I can get internet to write a detailed blog as I am writing this on my phone - which is not the easiest! So Happy New Year and I hope to update soon. Love from Bella. (Amooti)
Posted by Unknown at 7:42 pm No comments: